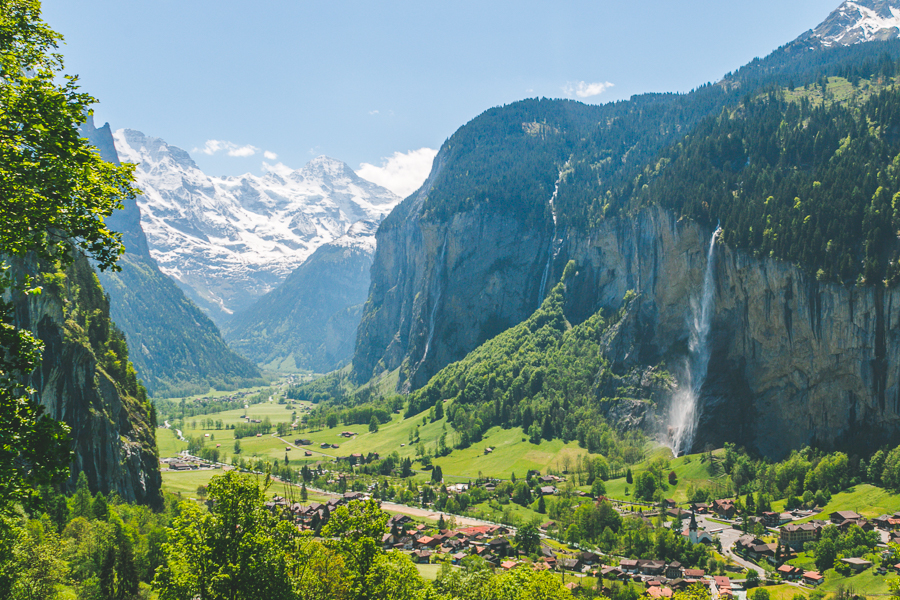 Day hikes to long distance trails, these bucket list-worthy routes are filled with views, lakes, villages and oftentimes – wine! Some of the best hiking trails in Europe, good luck picking your favorite! (For me, I think it’s #15 that has my heart!)

High on the ridge-line about the steep cliffs multiple trails run the length of the peninsula. Prepare for steps, steps and more steps as well as jaw-dropping coastal views. (above)

With 16 lakes arranged in a cascading waterfall, it’s no wonder this park has become world-famous. Vibrant blues to deep greens, the colors of the lakes change constantly based on the minerals and organisms in the water. Dozens of trails run throughout the park.

Snowy peaks and bright green meadows, the Bernese Overland is filled with everything from day hikes to multi-week adventures.

The hugely popular site is a Scandinavian favorite.The two hour hike is a breeze compared to the dizzying 2,000 foot (604 M) drop from the plateau at the top.

With lakes and peaks, the dramatic alpine landscape is easily accessible from Munich. It was here that famous opening sequence from The Sound of Music were filmed.

The ideal mix of wine and walking, the route (done on foot or by bike) meanders its way North-South in France’s charming wine region of Alsace. The perfect balance of gently rolling hills and zillions of vineyards.

Apart from the heap of offerings in the Austrian Alps nearby, the unique trail floats high above a deep alpine gorge.

Circumnavigate the highest peak in the Alps crossing 3 countries (Italy, Switzerland, and France) along the way including numerous picturesque villages. Dormitory lodging as well as luxurious hotels are available for hikers. [Note: Long Distance]

Start your hike at the tiny island settlement, through a Jurassic jungle and end at deserted beach.  Rumor has it that this area was once a pirate hangout.

Starting in Chamonix and ending in Zermatt, the 9-15 day hike sweeps by the Matterhorn and nearly 11 mountain passes. Challenging but surely life-changing. [Note: Long Distance]

A challenging and rewarding hike along the Ligurian coast provides travelers the option of taking the train or going by foot between each of the 5 villages. When planning, be sure to verify if the trail to fully open as it’s often closed due to heavy rains  and erosion.

Running along the southwest coast of Portugal, the trails offers endless staggering coastal views as it meanders through small rural towns.

Considering that hiking was truly invented in the Black Forest (welcoming hiking tourists for over 130 years!) it’s not surprising that the region is absolutely packed with trails running through the deep, dark forest, across babbling brooks, through rolling pastures and picturesque villages.

From the expat days in Germany to months with a backpack in Southeast Asia, now I'm back to my roots in Virginia. I'm an aspiring travel photographer, wine-lover and European travel guru. My name is Margo and this is my story.